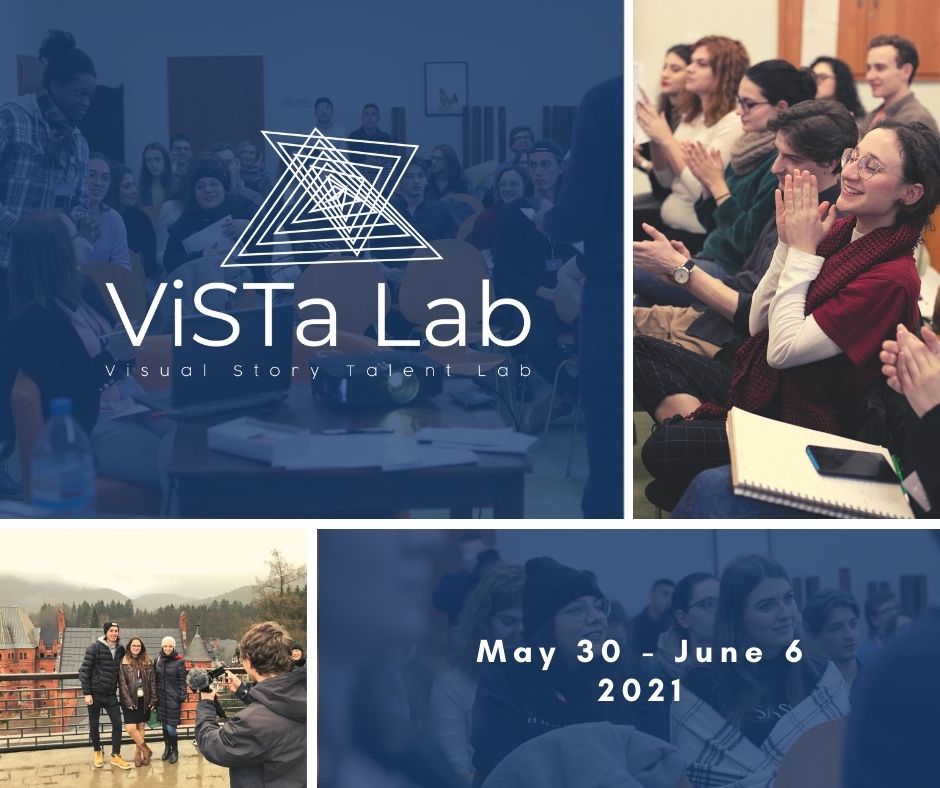 The next edition of ViSTa Lab Academy will be held on May 30 – June 6, 2021. ViSTa Lab Academy is an international script workshop during which participants, together with experienced experts, will develop their feature film projects and learn the secrets of film production.

The following activities are planned during the project:

Participants will present presentations focusing on the current situation on the screenplay market in individual countries, as well as present the features of film culture characteristic of their regions of origin.

Based on their knowledge and previous experience, young people will prepare a set of issues that will be raised in the form of open discussions with specialists. Discussion topics will include the following:

• the ability to communicate the created story (film script, treatment) in a universal manner and taking into account cultural differences among potential film recipients,

• the ability to create a treatment, summary and log-line – distinguishing between these forms of conveying the content and plot of the film

• ability to work continuously and modify the script for dramatic improvements,

• working with the text in terms of production and casting requirements,

• preparation of a list of film references, enabling better communication about the project to external decision-makers (producers, directors, representatives of financing institutions).

Screenings of short film productions from individual countries participating in the project. Discussions on artistic trends, styles and genres characteristic of cinematography in various countries.

Materials developed during the project (creative concepts, treatments, ready-made script texts) will be collected in the form of multimedia presentations. The presentations will also contain the most interesting ideas for the further international development of scenario projects, as well as possible ways to reach potential producers.