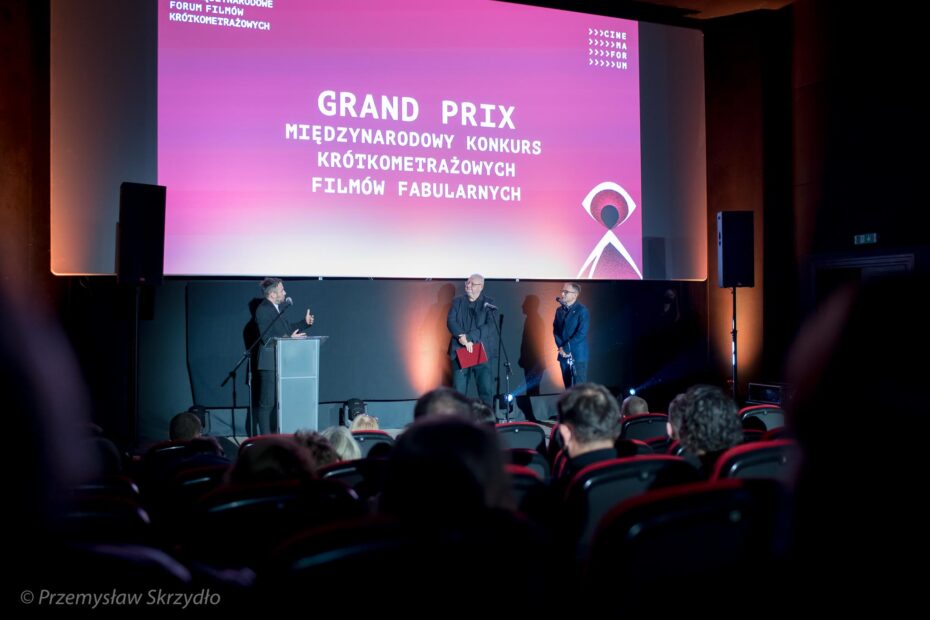 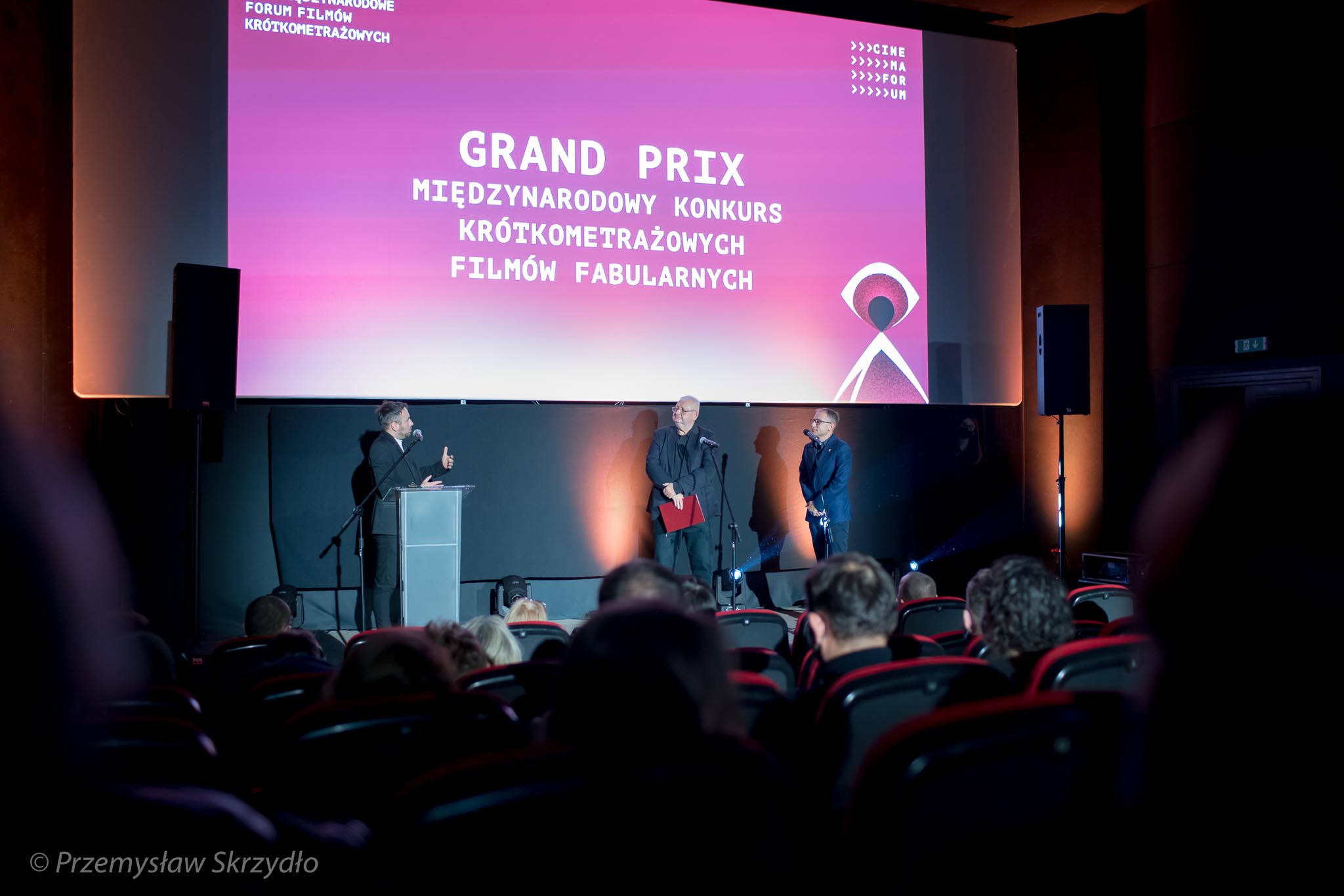 These are the winners of the CINEMAFORUM - the 20th International Short Film Festival!

decided to award GRAND PRIX to the film:

The following films were awarded with the Honorable Mention by the Jury:

The audience award of the International Short Feature Film Competition went to the film:

The Award Committee of the 17th edition of the Jan Machulski Awards after seeing 37 nominated films (edition 2021) decided to award prizes to films in the following categories:

The film director’s award was financed by the Polish Film Institute.

The award for the producer of the film was funded by the FILMFORUM Association.

The award was funded by the Polish Filmmakers Association.

The award was financed by the Association of Authors ZAiKS.

The award was funded by the KOSMOPOLIS Institute, the Science, Culture and Education Foundation.

The award was funded by the Polish Association of Editors PSM.

The award was funded by the Association of Polish Stage Artists ZASP.

The award was funded by the Association of Polish Stage Artists ZASP.

The award was funded by the Polish Filmmakers Association.

The award was funded by Platige Image SA.

During the final ceremony of the festiwal, the winners of the 5th edition of the Masovian Script Contest – SCRIPT WARS were also announced.

Prizes awarded by the partner institution – the Audioteka S.A.:

The organizers of SCRIPT WARS are Mazovia Warsaw Film Commission and Mazovian Culture Instytute with the support of the Capital City of Warsaw and the Masovian Voivodeship. The partner of this year’s edition is AUDIOTEKA. The competition is held under the patronage of the Polish Screenwriters Guild. The FILMFORUM Association is a permanent partner of SCRIPT WARS.

Congratulations to all the winners!

The festival is organized by the FILMFORUM Association.

The project was co-financed by the Ministry of Culture, National Heritage and Sport from the Fund for the Promotion of Culture and from the funds of the Capital City of Warsaw.

The “Polish-Norwegian Film Festivals Cooperation” project carried out during CINEMAFORUM was co-financed by the Financial Mechanism of the European Economic Area (EEA MF) 2014-2021 and from the state budget.

The “FILL Film Industry Leaders Lab” project was carried out with the support of the ERASMUS + program of the European Union.

The festival is co-financed by the Polish Film Institute.

Main partners of the festival: Goethe-Institut in Warsaw and Andrzej Wajda Culture Center.

Industry partners of the Jan Machulski Awards are: the Polish Filmmakers Association, ZAIKS Authors’ Association, the Association of Polish Stage Artists ZASP, the Polish Association of Editors PSM, Platige Image. The honorary patronage over the project was taken by: the National Chamber of Audiovisual Producers and the PSC Society of Cinematographers.