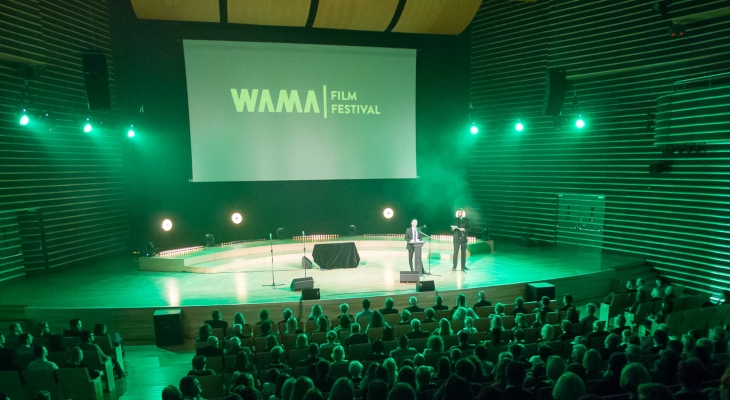 The Olsztyn audience also indicated their favorite, which for four days filled the Multikino room in Galeria Warmińska. It was “Traitor”. Its Polish distributor is Gutek Film.

The jury of the International Film Co-Production Competition composed of Jarosław Sokół, Anna Wydra and Kuba Czekaj unanimously decided to award the “Traitor” Grand Prix directed by Marco Bellocchio. The Polish distributor, Gutek Film, received the financial award of the Marshal of the Warmian-Masurian Voivodeship. “Traitor” is an international co-production of Italy, France, Brazil and Germany. The film also received the Audience Award.

The jury also awarded an honorary mention for “White, White Day” dir. Hlynura Pálmasona. The New Horizons Association is the distributor of this Icelandic-Danish-Swedish co-production. The film represents Iceland this year in the race for the Oscar and will compete for the nomination with “Corpus Christi” directed by Jan Komasa. A total of eight international feature co-productions were shown in the Olsztyn competition.

We are proud of our cooperation so far and we will always be a good partner of the WAMA Film Festival. I wish the festival to develop as it does today and be a showcase of Polish cinema and the region of Warmia and Mazury – said Gustaw Marek Brzezin, Marshal of the Warmian-Masurian Voivodeship.

The best title of the Short Film Competition was “Marcel” directed by Marcin Mikulski, who received the Grand Prix and financial prize funded by Multimedia Polska SA. As explained in the justification of the selection of the Jury composed of Łukasz Grzegorzek, Olga Bieniek and Ewa Wencel for “the juicy picture of a neurotic in the modern world and directorial sensitivity in which humor, charm and intelligence prevail.” The film was made in the Munk Studio of the Polish Filmmakers Association.

The Michelin Polska SA Special Award went to the film “In me” directed by Maria Wider. In the justification, attention was paid to “a tender and subtle approach to a difficult topic and faith in the healing power of love.” The film was made at the Gdynia Film School.

The jury of Warmia and Mazury, which was composed of: Aleksandra Lemańska, Monika Szczygło and Andrzej Wojnach, also awarded their prize. Their distinction was awarded to the short film Damian Kocur “Moje serce” (“My heart”) made in the Munk Studio at SFP.

The Jury of the Short Film Competition also awarded seven nominations for the renowned Polish Independent Cinema Awards Jan Machulski. Their presentation will take place during the CINEMAFORUM festival in Warsaw.

Nominations were granted in the following categories:

This year’s festival was held on October 8-12. in Olsztyn, and all screenings took place in Multikino in Galeria Warmińska, at 26 Juliana Tuwima Street.

The organizer of the WAMA Film Festival is the KOSMOPOLIS Institute Foundation for Science, Culture and Education, co-organizer of the Center for Education and Cultural Initiatives in Olsztyn, and the producer is the FILMFORUM Association. WAMA Film Festival is financed from the funds of the Local Government of the Warmian-Masurian Voivodeship. The project is co-financed by the Polish Film Institute, the Ministry of Culture and National Heritage and the City of Olsztyn. The event’s sponsors are Michelin Polska SA, Multimedia Polska SA and Auto Idea Sp. z o.o. – Authorized Mercedes-Benz Dealer.

Educational programs implemented on the occasion of the festival are co-financed by the European Union ERASMUS + Program, the Ministry of National Defense, the Olsztyn Commune and the National Center for Culture as part of the ‘Polish-Ukrainian Youth Exchange 2019’ program.