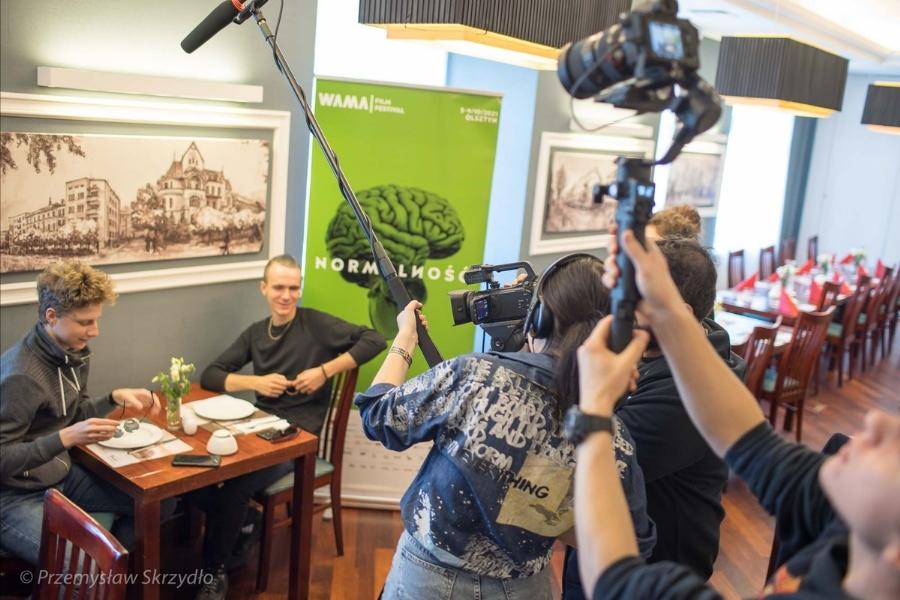 Young people from Poland and Ukraine, wishing to develop their film skills, met in the capital of Warmia and Mazury took part in a week-long workshop, during which they created their own social advertisements. Their universal message captivates for the heart.

The program of this year’s workshops was exceptionally intense. In just a few days, young adepts of the art of film were tasked with creating scripts and concepts for short social advertisements, which they then directed and edited themselves. The themes of their productions were multiculturalism, neighborly relations as well as national traditions and customs. The leitmotif of the project was discovering the cultural similarities between Poland and Ukraine.

On the first day of the workshops, the participants got to know the detailed schedule of the classes ahead. They also underwent a brief training on safety rules during the implementation of projects during the Covid-19 pandemic. Then they took part in a lecture on common threads in the culture and history of Poland and Ukraine, as well as in workshops on working on a screenplay for social film commercials.

The second day was full of practical knowledge, the workshops started with getting acquainted with the principles of operating video and sound recording equipment. For many participants it was the first time to pick up a camera and shoot their own material.

After practical exercises with film equipment, the time has come to prepare young people to create film scripts. Karim Kourani shared with the participants his knowledge and experience related to the implementation of social campaigns and the principles of creating scripts for advertising films. Then young people, divided into groups, worked on creating their own scenarios.

The next days of the workshops were very busy for young filmmakers from Poland and Ukraine. On the basis of scenarios created in groups, they made short film forms devoted to neighborly cooperation as well as the culture and traditions of both countries. The films were presented on October 9, 2021 during the final ceremony of film education programs, which took place in Olsztyn, in the premises of Multikino Olsztyn.

In the film “Normality”, the young artists touched upon many universal problems of the contemporary world. The lack of solidarity and the lack of respect for the otherness of others are challenges faced by citizens of all countries. The authors spoke in a moving way about what normality is for them and what steps, in their opinion, should be taken, to achieve it.

“Problems” is a social advertisement in the convention of a thriller. The main character is bombarded with a lot of negative information from the outside, from which he wants to cut himself off at all costs. At some point, they attack him with great force, which is to show that running away from the problems of the modern world (environmental degradation, escalating violence) is the worst solution.

Authors of the third etude created during the “Polish-Ukrainian Film Workshops” in Olsztyn, have raised the important topic of the lack of cordiality and empathy in everyday interpersonal relations. Overwhelmed with duties, stressed out and lonely, we rarely pay attention to other people. Meanwhile, as the young artists point out, a small gesture and a smile can change someone’s day for the better.

The organizer of the Polish-Ukrainian Film Workshops in Olsztyn is the FILMFORUM Association.

The workshop is co-organized by CinemaHall.

The project was co-financed by the National Center for Culture as part of the “Polish-Ukrainian Youth Exchange 2021” program.

ALL NEWS
previousFrom project to pitching – the final day of the „FILM INDUSTRY LEADERS LAB” workshop!
nextCINEMAFORUM and AMERICAN FILM FESTIVAL together once again!